written by RabbitHoleMusic May 2, 2022
Spread the love
Affiliate disclosure: As an Amazon Associate, we may earn commissions from qualifying purchases from Amazon.com in addition to other online retailers. This means if you click on the link and purchase the item, I will receive an affiliate commission at no extra cost to you. All opinions remain my own. You can learn more about our editorial policies here.

PJ Harvey is one of the most influential rock singers in the world. If you are new to her music, it can be difficult to know the best PJ Harvey songs to start with since she has a diverse and eclectic discography.

Here are ten of the PJ Harvey best songs to get to know her music, ranging from her early days as a raw and haunting singer-songwriter to her more recent work that experiment with different sounds and genres.

Before diving into the best PJ Harvey songs, let’s get a little background on the artist. Polly Jean Harvey, or PJ Harvey as she is more commonly known, grew up in the small town of Dorset in the south of England. She was always interested in music, and started playing guitar when she was young.

In 1991, she released her first album with her band, after leaving Automatic Dlamini. Her debut album, Dry, quickly gained critical acclaim. Since then, Harvey has released over ten more studio albums, won a slew of awards, and performed with some of the most famous artists around the world.

Now that we have a bit of background on the artist, let’s get into the best songs to know her by.

This song is actually a Nick Cave song, which Harvey had a relationship with in the early ’90s. The haunting piano accompaniment and haunting vocal harmonies added to Harvy’s version make the song more of a cautionary tale than the original. Addin an ethereal and impressionistic touch, this song is a great example of Harvey’s later work as a musician. Having the ability to transform an already great song, although somewhat somber, into a more haunting and eerie experience that is truly captivating.

If you are a fan of the show, Sneaky Blinders, you most likly recognize the version she did for season 6.

This song, from her 1992 album Dry, is one of Harvey’s most well-known and iconic songs. A sheela-na-gig is an artifact that depicts a naked woman with her genitals exposed. They can be seen carved on old churches in the United Kingdom and Ireland.

It’s not a song about a stone carving; rather, it’s a collection of diverse experiences between lovers that served as inspiration for the song.

This song was released on Harvey’s third album, To Bring You My Love. It is one of her most well-known songs, and was even nominated for a Grammy. The song is about a mother drowning her child, and the desperation and sorrow that she feels. 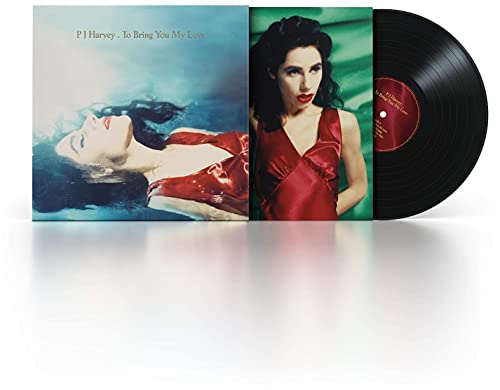 To Bring You My Love [LP]

The ethereal quality of the song will stay with you long after it is over. Even though there are so many different threads to weave into a cohesive piece of avant-garde alt-rock, Harvey somehow manages to pull it all together.

This is another one of Harvey’s earlier songs, from her second album, Rid of Me. The narrative of the lyrics is about when a woman tries to impress a man with her attire. The lyrics are haunting and the guitar chords are simple but effective. This is one of Harvey’s most iconic songs, and it is easy to see why.

This may be Harvey’s most cherished album from her sophomore year onward. Harvey’s debut album, Rid of Me, established him as a formidable vocalist and lyricist. The album’s title track is a hauntingly familiar sound of dread and evil intent that grows more and more eerie with each listen. 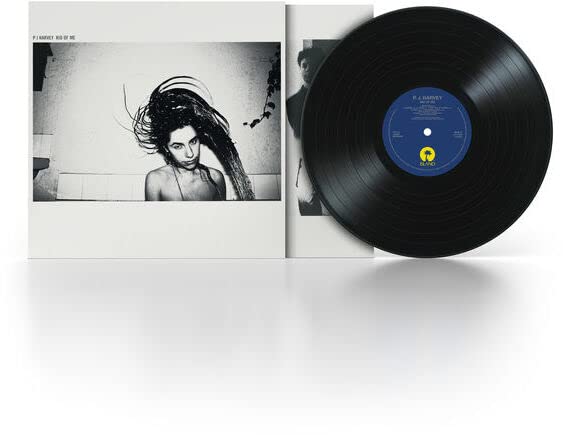 The album’s title song sets the tone and begins Harvey’s story of intrigue. It’s impossible to avoid comparisons to her ex-partner Nick Cave, but Harvey’s sound is truly distinct. After the tenderness fades, Harvey’s demonic right hook is unleashed, capturing her humanity in the tenderness and poetic majesty she can offer to recordings.

This song, from her 2007 album White Chalk, is another hauntingly beautiful track that showcases Harvey’s talent for songwriting and artistic vision. The ethereal vocals and simple piano accompaniment make it an immensely powerful song that you will want to listen to over and over again.

The substance of the song, which touches on religion, addiction, and abortion among other things, is given greater room to breathe on ‘When Under Ether’ by Harvey. One of Harvey’s most memorable songs, it is a moment of artistic clarity for the singer, making it immensely compelling.

This song, from her 1996 album To Bring You My Love, is a hauntingly beautiful track that showcases Harvey’s talent for songwriting and artistic vision. The ethereal vocals and simple piano accompaniment make it an immensely powerful song that you will want to listen to over and over again.

Angeline is a heartbreaking look at a trying to find true love. It’s one of those songs that feels like it should be sad, but the haunting beauty of Harvey’s vocals and guitar work form something truly unique. This is a must-listen for any fan of PJ Harvey.

The song uses a J.D. Salinger short story as inspiration. The Salinger story is an account of Arthur, a lawyer, finding out his wife has been cheating on him. Unlike Harvey’s song, which tells the story of a prostitute who longs for true love, the two tales are related by a few lines of verse.

This song, from her 2011 album Let England Shake, is a hauntingly beautiful track that showcases Harvey’s talent for songwriting and artistic vision. The ethereal vocals and simple piano accompaniment make it an immensely powerful song that you will want to listen to over and over again.

The lyrics of ‘On Battleship Hill’ are based on the Gallipoli campaign of 1915. The New Zealand and Australian armies were decimated in a botched attempt to conquer Constantinople.

With this song, Harvey shows yet another side of his talent by delving deeper into the heartwarming side of humanity. On this timeless track, she captivates the listener’s senses in spades.

Form the 2016 album, The Hope Six Demolition Project, this song is yet another hauntingly beautiful track that showcases Harvey’s talent for songwriting and artistic vision. The ethereal vocals and simple piano accompaniment make it an immensely powerful song that you will want to listen to over and over again. 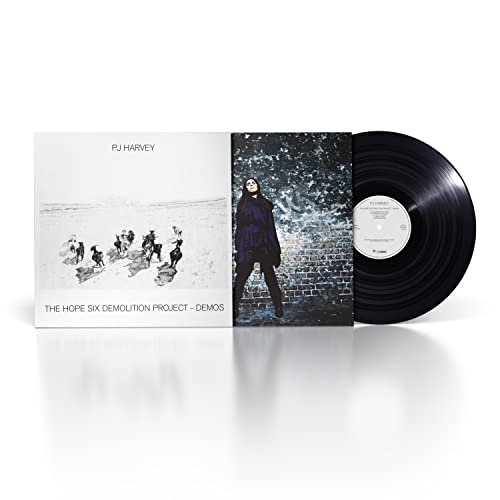 The lyrics of ‘The Wheel’ are heavily influenced by her trip to Kosovo in the summer of 2011 with Seamus Murphy. The song is a hauntingly beautiful account of the destruction and chaos that war brings, but also captures hope for a better future.

This song, from her 2011 album of the same name. It is a perfect example of PJ Harvey’s ability to write catchy and accessible songs while still retaining her signature style. 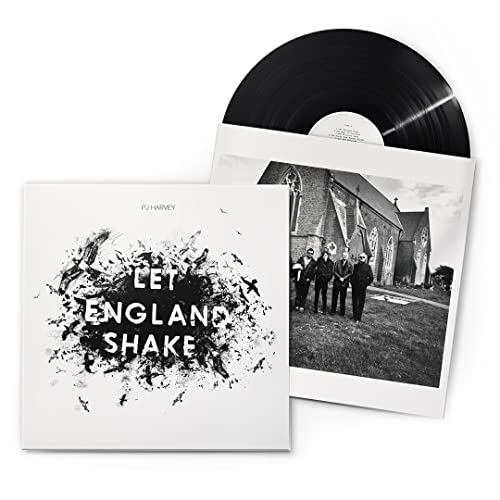 The song is a change of direction focusing on the external world as opposed to Harvey looking inward and writing about her emotional state. It’s a catchy and upbeat tune, with haunting lyrics that help highlight the beauty of this song.

It was a wonderful shift again for Harvey when she released her album Stories from the City, Stories from the Sea in 2000. She had transformed from the savage and threatening musical Boudicca to a polished and fashionable 21st-century model. Polly Harvey describes Harvey’s music as “pop according to PJ Harvey, which is about as un-pop as you can get by most people’s standards.” Harvey smashed her way through a pop record stripped down to its blue punk origins.

PJ Harvey believes that ‘This Is Love’ is the pinnacle of pop music. As close as you’ll ever hear to a pop song, Harvey’s stomping, beer-spilling pounder is nonetheless a tune packed with Harvey’s irresistible imagination, even if the lyrics are more glitzy than grimy.

While there are many other incredible songs by PJ Harvey to explore, these are some of the best ones for getting acquainted with her music. Whether you’re new to her work or an old fan looking for something fresh, these songs are sure to delight and impress. So why wait? Start exploring her music today!

What do you think of PJ Harvey’s music? Do you have a favorite song or album by her that we didn’t include here? Let us know in the comments!