Sarah Vaughan was one of the greatest jazz singers of all time. She started singing at a young age and quickly rose to fame, performing with some of the biggest names in jazz. Her music has been praised by critics and fans alike, and she continues to influence new generations of singers. Sarah Vaughan was a true pioneer in the world of jazz, and her legacy continues to live on today.

Sarah Lois Vaughan was born in Newark, New Jersey, on March 27, 1924. She started singing in her church choir at the age of seven. Vaughan’s father, Asbury “Ace” Vaughan, was a carpenter and musician who played several instruments, including the piano and guitar. Her mother, Ada Vaughan, was a laundress and housekeeper. Vaughan’s parents divorced when she was only two years old, and she was raised by her mother.

As a child, Vaughan listened to the radio often, particularly stations that played jazz music. She cites Ella Fitzgerald as one of her earliest musical influences. When Vaughan was nine years old, she entered a local talent contest and won first prize. This was the beginning of her professional career.

Looking to get the best sound from your equipment, How to Choose the Best Turntable Cartridge

In 1942, Vaughan dropped out of high school to pursue her musical career full-time. She started singing in nightclubs in New York City, where she was discovered by bandleader Billy Eckstine. Vaughan toured with Eckstine’s band for two years and recorded her first album, “No Count Sarah,” with the group in 1944.

After leaving Eckstine’s band, Vaughan embarked on a successful solo career. She recorded a series of hit songs, including “Tenderly,” “Lullaby of Birdland,” and “Misty.”

Throughout her career, Sarah Vaughan recorded many songs that have become jazz standards. Some of her most famous recordings include “Tenderly,” “Lullaby of Birdland,” “Misty,” and “Summertime.” Take a minute to listen to a few of the best Sarah Vaughn songs outlined below. 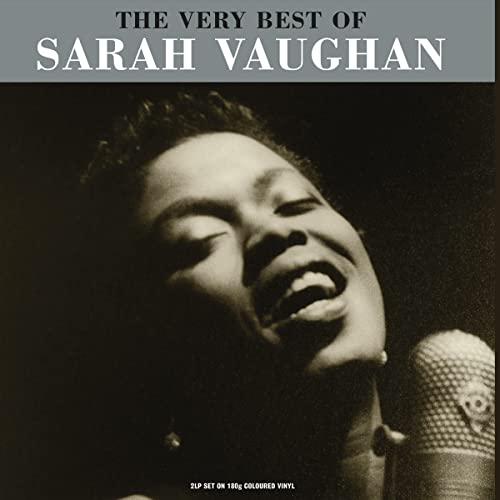 Sarah Vaughan was one of the most influential jazz singers of the 20th century. She was known for her as having one of the most wondrous voices and impeccable technique, as well as her ability to effortlessly switch between genres. She has been said to have the best vocals of any singer working in the field at the time. “Tenderly” is a perfect example of Vaughan’s artistry. The song is a slow, soulful ballad that demonstrates her ability to evoke emotion with her voice.

Vaughan’s performance is both sensitive and sensual, conveying the tenderness of the lyrics with her rich, dark tone. The result is a truly beautiful piece of music that showcases Vaughan’s incredible talent.

Sarah Vaughan’s “Lullaby of Birdland” is a jazz standard composed by George Shearing. The song quickly became one of her signature tunes. Over the years, Vaughan recorded several versions of the song, including a live performance at Birdland in 1957. “Lullaby of Birdland” is known for its catchy melody and Vaughan’s lilting vocal style. The song has been covered by many artists, including Ella Fitzgerald, Billie Holiday, and Anita O’Day.

“Misty” is a well-known jazz standard written by Erroll Garner in 1954. The song has been covered by many artists, but Vaughan’s rendition is considered one of the best. Vaughan first recorded “Misty” for her album “Vaughan and Violins” and it was arranged by the legendary Quincy Jones. It quickly became her signature song.

“Summertime” is a classic song from the 1930s written by George Gershwin. The recording features Vaughan’s trademark vocal style and is one of her most well-known recordings. 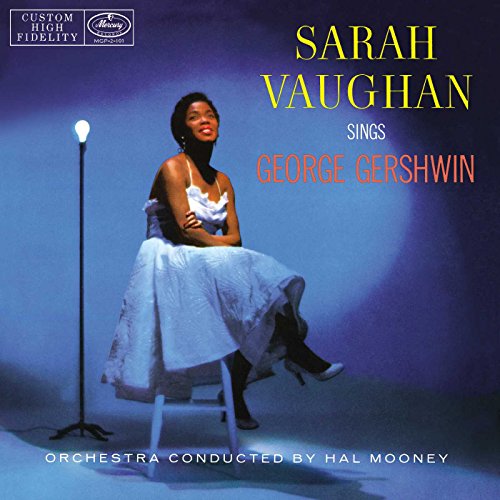 “Feelings” is a popular song written by Morris Albert in 1974. Vaughan recorded her version of the song for her 1977 album “Live at Ronnie Scott’s.” The recording features Vaughan’s vocal style at its best and is one of her most memorable live performances.

Throughout her career, Sarah Vaughan recorded many albums across multiple decades. If you are new to her music, I have selected some classic albums that I feel are the best Sarah Vaughn albums as opposed to listing her full discography. This will help introduce you to her musical style and some of her most famous recordings.

Sarah Vaughan’s The Divine One is widely regarded as one of the greatest jazz albums of all time. Recorded in 1961, the album features Vaughan at the peak of her vocal powers, backed by a stellar group of musicians including bassist Paul Chambers and drummer Jimmy Cobb. Together, they provide expert support for Vaughan’s soaring voice, which effortlessly navigates the complex harmonies of tunes like “Ain’t No Use” and “Gloomy Sunday.” The Divine One is a tour de force of Jazz singing, and an essential album for any fan of Sarah Vaughan or Jazz music.

Sarah Vaughan’s “How Long Has This Been Going On?” is a classic album that has been charming listeners for decades. Released in 1978, the album features a collection of standards that have been given new life by Vaughan’s impressive vocal talents.

Songs like the George Gershwin title track “How Long Has This Been Going On?” and “Body and Soul” are taken to new heights by Vaughan’s rich voice, making the album a true delight from start to finish.

In addition to being a technical virtuoso, Sarah Vaughan also had a deep understanding of the emotional power of music. This is evident on tracks like “When Your Lover Has Gone”, where she effortlessly conveys the longing and yearning of the lyrics. With its combination of technical precision and emotional honesty, Sarah Vaughan’s “How Long Has This Been Going On?” is a timeless album that continues to captivate listeners today.

Sarah Vaughan’s 1981 album, Send In the Clowns, was a critical and commercial success. The album was her third with the Count Basie Orchestra following up the 1958 No Count Sarah and 1961 Count Basie/Sarah Vaughan albums.

Send In the Clowns was Vaughan’s was released on the Pablo Today label, and it marked a new direction in her career. The album was produced by Norman Granz, and it featured an orchestra conducted by Count Basie. The arrangements were more elaborate than anything Vaughan had recorded before, and the result was a stylish and sophisticated album that showcased her considerable vocal talents.

Sarah Vaughan was one of the most influential jazz vocalists of all time. Born in Newark, New Jersey, in 1924, she rose to prominence in the 1940s with her soulful voice and innovative style. Nicknamed “Sassy” for her sultry delivery, Vaughan helped to define the sound of postwar jazz and exerted a profound influence on subsequent generations of singers.

Throughout her career, she collaborated with some of the biggest names in jazz, including Miles Davis, Count Basie, and Dizzy Gillespie. She also had a successful solo career, winning multiple Grammy Awards and selling millions of records. Vaughan died in 1990 at the age of 66, but her music continues to shape the sound of jazz to this day. 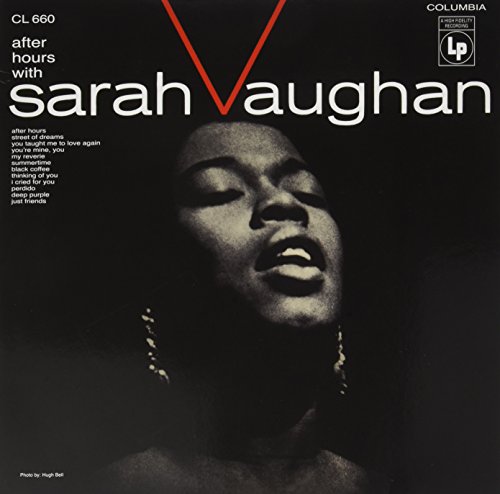 After Hours With Sarah Vaughan

After Hours, a small group album featuring Mundell Lowe on guitar and George Duvivier on double bass, was one of Vaughan’s several small ensemble recordings for Roulette (the following one, a Basie-less session with his orchestra).

Ev’ry time we say goodbye, Sophisticated Lady (the Duke Ellington classic) and an uptempo version of Great Day with mostly Duvivier on bass are among the album’s highlights.

She had never played with only guitar and bass together before, but it worked so well that she brought Sarah+2 back the next year.

Looking to add some Sassy to your music collection, see our latest Vinyl Record Deals to save on classics.

Deborah Lois Atkins was adopted by Vaughan at the same time because she was unable to bear her own children (known professionally now as Paris Vaughan).

A few months later, her marriage began to fall apart, and she turned to her friends for support. Sarah Vaughan allegedly owed Atkins $150,000 as a result of her ex-alleged husband’s pathological gambling.

Even though Sarah Vaughan’s pop career was brief but financially successful, she reportedly despised Mercury Records for forcing her to record songs she didn’t like, calling Broken Hearted Melody “the corniest thing she ever done.”

A few years after her first tenure with Mercury , No Count Sarah was released, which included the Count Basie Big Band, but without the actual Count Basie in the lineup.

Many consider this to be one of the best Sarah Vaughan records ever made, and it includes some of her most popular songs including Smoke Gets In Your Eyes, Doodlin’, and a legendary No Count Blues with trumpeter Thad Jones.

Sarah Vaughan was one of the most important and influential jazz singers of all time. She possessed a powerful voice and incredible range, and her music has been praised by critics and fans alike. Vaughan was a true pioneer in the world of jazz, and her legacy continues to live on today. Thanks for taking the time to get to know this legendary figure!

What Was Sarah Vaughn’s first album?

Sarah Vaughan’s first album was titled ” Sarah Vaughan,” and it included George Treadwell. It was released in 1950

What year did Sarah Vaughan die?

What happened to Sarah Vaughan?

Who Is Sarah Vaughan’s daughter?

Yes, she did. In Earl Hines’s big band, she had joined Eckstine and Dizzy Gillespie and Charlie Parker, jazz superstars. Vaughan joined Eckstine when he created his own band shortly after. Miles Davis and Art Blakey were among those who joined the group at a later date. Vaughan, on the other hand, had already made up his mind to go it alone after only a year in the band.

The Best White Stripes Albums Ranked in Order of Greatness

Ella Fitzgerald – The Life of A Music...