2015 Atlantic
Spread the love
Affiliate disclosure: As an Amazon Associate, we may earn commissions from qualifying purchases from Amazon.com in addition to other online retailers. This means if you click on the link and purchase the item, I will receive an affiliate commission at no extra cost to you. All opinions remain my own. You can learn more about our editorial policies here.

Today we are doing a Kevin Gates Really Really song review. I have been on a bit of a hip hop bend lately and listening to some modern hip hop artists and Kevin Gates is an artist that keeps making into my various playlists.

In this article, you will find a song review of the song “Really Really” by Kevin Gates. The lyrics explains how he isn’t fazed by those who accuse him of being high and having money on his mind, because that is the truth. He states on this organ-led cut that he won’t apologize for his ballin’ and being out of his mind.

This song was released October 9th 2015 as part of an album called ‘Islah’. In order to know more about this song, read below. 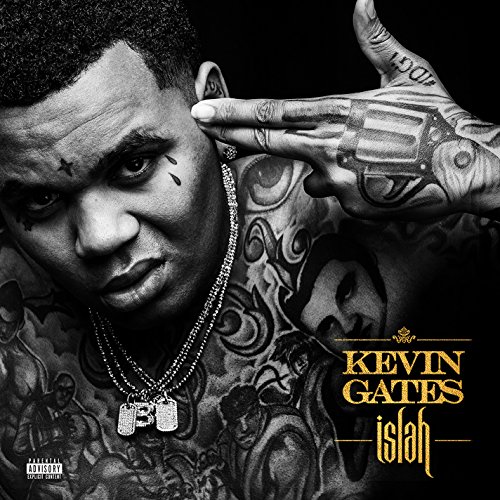 Kevin Gates is an American rapper, singer, and entrepreneur. He was born on February 5, 1986 in Baton Rouge, Louisiana. Gates began his music career in 2007. He signed with Atlantic Records in 2013. That same year, he released his debut studio album, Islah. The album debuted at number two on the US Billboard 200 chart. Gates has also released two mixtapes, Make ‘Em Believe and Luca Brasi 2: A Gangsta Grillz Special Edition. His second studio album, By Any Means 2, was released in 2017.

Gates has collaborated with artists such as Trey Songz, Wiz Khalifa, Juicy J, and August Alsina. He is also known for his singles “2 Phones”, “Big Gangsta” and “Really Really”. He is the founder of the record label Bread Winners Association.

The song appears on his major studio album, Islah. You can find this song as track #2 on the project, which was recorded in January 2015. It was written by Kevin Gates, along with Jake Troth and Alex Goose. The track is 3 x platinum by the RIAA and the accompanying music video premiered on Gate’s Youtube channel and has received over 260 million views.

The singer starts off the song by saying “really really”, which is what the song’s title references to. He states that he won’t apologize for being high or having money on his mind

Really Really by Kevin Gates is an amazing hip-hop song. One of the main reasons why this song is so good is the lyrics. Kevin raps about how he isn’t fazed by those who accuse him of being high and having money on his mind, because that is the truth. Just listen to some of the lyrics like “I look like I’m balling ’cause I’m really balling” This means that it doesn’t really bother him when people call him out for being high and obsessed with money. In fact, he embraces it.

Another reason why this song is so good is because of the beat, which you can listen to here. The beat is an organ-led track that has a slow tempo, but at the same time brings a sense of energy. It’s not very upbeat, but it has a slight bounce in the beat. The beat is accompanied by some light synthesizers and vocal effects in the background which gives this whole song a great hip hop sound.

To summarize, Kevin Gates “Really Really” is a great track with great lyrics and an amazing beat. Both his voice when rapping and the bass beat is amazing. Would definitely recommend listening to this song.

Thanks for reading, and I hope you learned a thing or two about Kevin Gates “Really Really.” Love to hear your thoughts in the comments below.

The Black Keys Gold on the Ceiling Review