50 years ago, Neil Young released one of the most iconic and celebrated albums of all time – Harvest. Today we take a look back in this detailed Neil Young Harvest album review. We will look into the the album, its production, and the lasting impact it has had on music and Americana culture.

The Neil Young’s Harvest album has been praised for its timeless sound and lyrics that reflect the Americana lifestyle. Whether you’re a fan of Neil Young or just interested in great music, this blog is a must-read.

The Story of the Album

If you’re a fan of Neil young, or just want to hear some great music, be sure to check out Harvest! Released 50 years ago in 1972, the album has been hailed as one of the best ever made. It’s a mix of rock songs and ballads, and still sounds fresh today. 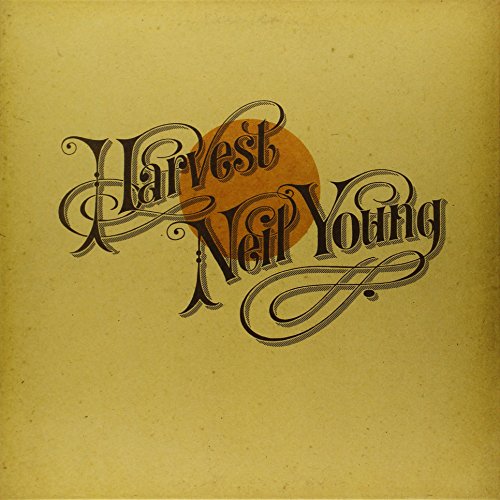 Called Harvest, the album is a mix of rock and roll and country, and it’s this unique sound that has made it so popular. The idea of the album being set against a backdrop of drugs and suffering, but written by an “in love and on top of the world kind of guy,” should come as no surprise. The Harvest by Neil Young divides opinion, to say the least.

Recorded as the follow-up to the 1970 hit Neil Young album, After the Gold Rush, Harvest was intended to be a return to Neil’s folk roots. The album was recorded in Nashville with Young’s backing band, The Stray Gators, and featured country-influenced songs such as “Heart of Gold” and “Old Man”. 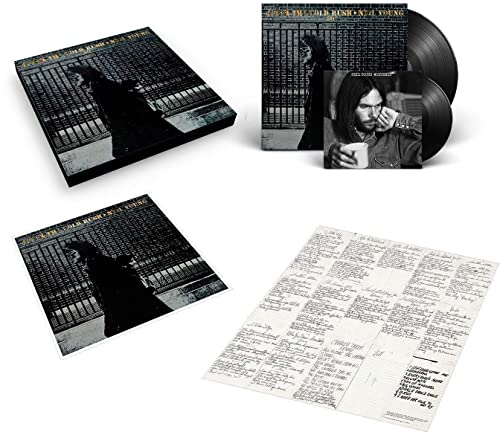 After The Gold Rush (50th Anniversary)

The Music on the Harvest Album

It’s hard to believe it’s been 50 years since Neil Young released his album Harvest. The album is a must-have for any Neil young fan and contains some of his most popular and well-known songs, such as ‘The Needle and the Damage Done’ and ‘Cinnamon Girl’.

The lyrics are deeply personal, making it an interesting listen for anyone who wants to explore life’s journey. From acoustic ballads to fast-paced electric tunes, Harvest has it all.

The theme of the album centers around the loss of innocence and the American dream. The first track, “Out on the Weekend”, is a perfect example of this. It’s a sad song about a young man who is struggling to find his place in the world. This theme is continued throughout the album, with songs like “The Needle and the Damage Done” and “Heart of Gold”.

While the album is sad, it’s also very beautiful. This is due in part to Neil Young’s intricate guitar work, and also to the lyrics. The lyrics are simple, but they paint a picture of a lost America that is still searching for its soul.

An earlier Young composition, “Old Man”, is a perfect example of how Harvest captures the feeling of loss and nostalgia. The song is about an old man who is looking back on his life and wondering where it all went wrong. The lyrics are sad, but they’re also very beautiful.

The album was recorded during a time when America was going through a lot of changes. The country was divided over the Vietnam War, and there was a lot of political turmoil. Despite all of this, Neil Young managed to capture the hope and innocence of the American people.

The album ends on a positive note with the track “Words (Between the Lines of Age)”. This song is about two people who are in love and looking to the future. Despite all of the turmoil in the world, they still have each other and they are still hopeful.

There is no fillers and the best selling album is packed with hits from the title track to the final two songs.

The Impact of the Neil Young Harvest Album

Harvest was a commercial success, reaching number 1 on the Billboard 200 chart. It was also a critical success, with many music critics praising Young’s songwriting and guitar playing. The album is often cited as one of the best albums of all time, and it has had a lasting impact on Americana music.

The album was inducted into the Grammy Hall of Fame in 2003, and it was selected by the Library of Congress for preservation in the National Recording Registry. In 2017, Pitchfork ranked Harvest as the 4th best album of the 1970s.

It has inspired many other musicians, both positively and negatively. Probably most critical was Lynyrd Skynyrd’s “Sweet Home Alabama”, which took issue with Young’s political views. “I hope Neil Young will remember, a Southern Man don’t need him around, anyhow”

Other artists, from Bob Dylan to The White Stripes, have cited Harvest as an influence. In fact, Dylan said that he was trying to create something similar to Harvest when he recorded his album Blood on the Tracks.

Technical Aspects of the Album

The album was recorded in Nashville and London with the exception of The Needle and the Damage Done which was recorded at UCLA. Coming off the disbandment of Crosby, Stills, Nash and Young in 1970, Young wanted to return to his rock roots.

The album was recorded on analogue tape and was mixed to stereo.

The cover artwork for the album was done by artist Tom Wilkes. The cover features a painting of a combine harvester with the sun setting in the background.

It was produced by Elliot Mazer and Neil Young. The album features the backing band The Stray Gators which consisted of Ben Keith on pedal steel guitar, Kenny Buttrey on drums, Tim Drummond on bass, Jack Nitzsche on piano, and Robbie Robertson on guitar. It also features guest appearances by Linda Ronstadt, James Taylor, Stephen Stills, David Crosby and Graham Nash. In addition, the album featured an appearance by the London Symphony Orchestra. The London Symphony Orchestra were featured on the tracks “There’s a World” and “A Man Needs a Maid”.

The album was released on February 14, 1972, by Reprise Records and remains one of best selling albums of the classic rock genre.

A Personal Review of the Album

If you’re a fan of Neil Young, Harvest is a must have record in your vinyl collection. The album covers many different genres and the sound quality is excellent across virtually all of the different original releases and reissues I have listened to over the years.

The packaging is impressive and the gatefold album artwork is wonderful. I also like that the lyrics are included in the packaging. You can often find the album listed in our vinyl deals page for some significant savings.

The songs on the album are some of Neil Young’s best, including “Heart of Gold”, “Old Man”, and “The Needle and the Damage Done” which was about the dangers of heroin addiction. The album is a great snapshot of a time in America when the country was divided, but there was still hope for the future.

The Legacy of Harvest

50 years after its release, Harvest remains one of Neil Young’s most popular and influential albums. It is a timeless album that captures the American experience. Whether you love it or hate it, there’s no denying that Harvest is an important part of American music history.

Harvest is a magnificent album that has stood the test of time. It is an essential album for any fan of Neil Young or Americana music. The album is a snapshot of America in the early 1970s and it captures the feeling of hope in spite of all of the turmoil in the world. If you haven’t heard Harvest, I highly recommend that you check it out. You won’t be disappointed.

Harvest is one of those albums that is timeless and will continue to be enjoyed by music lovers for many years to come. If you haven't listened to it yet, I highly recommend giving it a spin. You won't be disappointed.

What were some of Neil Young’s most notable musical releases in the 50 years since Harvest?

Some of Neil Young’s most notable musical releases from Young’s catalog in the 50 years since Harvest include Zuma with Crazy Horse and Rust Never Sleeps with Crazy Horse.

What is the Library of Congress and what does it do?

In addition, it is a great resource for learning how to store vinyl records and other media.

What are some of the unique elements that make Neil Young’s music stand out?

What are some of the themes that run throughout Neil Young’s work?

Some of the themes that run throughout Neil Young’s work include love, faith, and patriotism.

What are some of the most significant moments in Neil Young’s career?

Some of the most significant moments in Neil Young’s career include his work with Crosby, Stills, Nash and Young, and his band Crazy Horse.