Exciting news on the Pixies front with a new album announced this week along with a track from the upcoming album. Read on to find complete details to get your Pixies fix.

The group released their debut album Come On Pilgrim in 1987 to a mixed critical reception. Following its release, the Pixies became underground sensations on college radio and generated significant interest with their debut album Surfer Rosa in 1988. The band’s popularity grew in the years that followed with their albums Doolittle (1989), Bossanova (1990) and Trompe le Monde (1991). They disbanded acrimoniously in 1993, with Francis going on to form the Breeders and Santiago forming the Pixies Three.

The Pixies reunited in 2004 and have since released two further albums: 2014’s Indie Cindy and 2019’s Beneath the Eyrie.

About the New Pixies Album Doggerel

“This time around we have grown, we no longer have under two-minute songs. We have little breaks, more conventional arrangements but still our twists in there.”

In addition to Santiago and front man Black Francis, drummer David Lovering and bassist Paz Lenchantin return for the album. The album is produced by Tom Dalgety and is expected to drop on 09/30/2022. Complete details can be found on the official website for the Pixies and it up for preorder on Amazon. 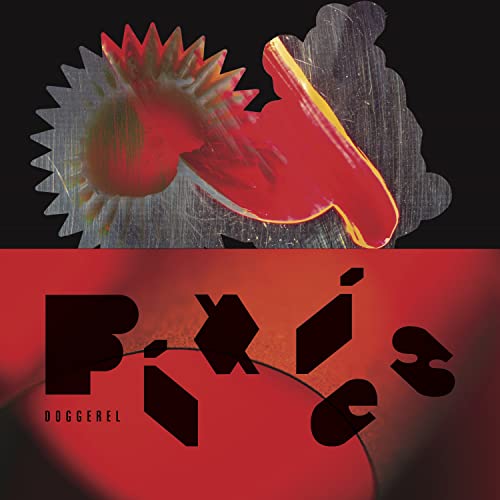 The vinyl looks to be one disc and the album will have 12 tracks detailed below:

Dregs of the Wine

The Lord Has Come Back Today

There’s A Moon On

You’re Such A Sadducee

To promote the album and give us a taste of the new album, the Pixies have released the song “There’s A Moon On”. The song has that classic feel and if it is any indication to what we are getting on the new Pixies album, we are in for a treat.

You can listen to the song on the band’s website or check it out below.

The new album from the Pixies is titled Doggerel and is set to be released on September 30th, 2022. The album will feature 12 tracks, including the newly released song “There’s A Moon On”.

The Pixies will be touring in Europe and Australia through the end of the year promoting the upcoming album along with treating fans to classic tracks.

Tour dates and tickets can be found on the band’s website.

Are you excited for the new Pixies album? What do you think of the new song? Let us know in the comments below or on social media. Be sure to check back for more news on Doggerel and the Pixies as it is released.

How to Ground Your Turntable – Complete Guide