Norah Jones Let It Be Cover from Empire State Building

In case you missed it, take some time this weekend to enjoy an amazing Norah Jones Let It Be cover performance recorded on top of the Empire State Building.

It’s a great reminder of how a song can be taken to new heights by stripping away what people think it should sound like and just listening to what the words are saying. The lyrics are about the pain of love, but this particular rendition is about the hope that comes with accepting it — something so few people actually remember to do.

Norah Jones is an American singer-songwriter, musician and actress. While her debut album Come Away with Me was commercially successful and critically acclaimed, she continued expanding her genre with her her second album, Feels Like Home. Jones is the daughter of Indian sitarist and composer Ravi Shankar, and the half sister of fellow musician Anoushka Shankar. She was born in New York City and is known for her unique jazz-influenced pop sound and her light, sultry breathy voice.

This year will mark the 20th anniversary of the album Come Away With Me and Norah has plans to do an expanded deluxe release with several outtakes. It is expected to be released in April but make sure to keep checking our new vinyl album releases weekly for the latest update. You can also scan our daily vinyl deals page to see if the vinyl is currently on sale. 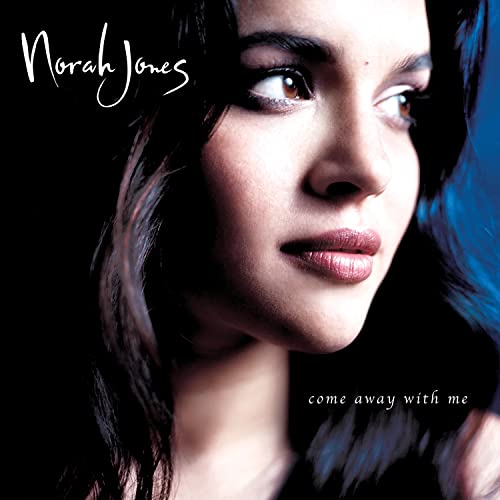 Come Away With Me (20th Anniversary) [Super Deluxe 4 LP]

About Let It Be

The Beatles’ final studio album Let It Be was recorded in December 1969, and released the following April. Having been forced to split up, the band members found it difficult to deal with the public’s reaction to their recent breakup. Many Beatles’ fans felt that their breakup was unwarranted and that they had been unfairly maligned for their supposed ‘bad influence’.

While the Beatles understood that most of their fans wanted a reunion with Paul McCartney and George Harrison, Lennon and McCartney were more ambivalent about their former band mates’ relationship. Due to these tensions and difficulties, the band’s studio time was initially spent untangling the complex series of vocal overdubs and adjustments made in January 1969.

if you are not familiar with the Let It Be recordings or the Rooftop concert, I suggest checking out the Get Back documentary put together by Peter Jackson. It is a 3 part series and defiantly worth watching.

About the Empire State Building Performance

The Beatles played on the roof of Apple Corps in London on January 30, 1969, for a live audience of thousands. Of course, Peter Jackson’s enormous Get Back project in November gave the world another excellent glimpse at it.

Norah Jones shared videos of her rooftop tribute to the Empire State Building just two days before the 53rd anniversary of the original concert.

“Let It Be” is performed by the band, which includes Gus Seyffert on bass and Brian Blade on drums.

Norah Jones is an amazing musician and she’s known for her beautiful voice. I hope you enjoyed the performance of the Norah Jones Let It Be cover song. Please feel free to recommend any articles that you would like to see in this series.

The Who Albums Ranked – All 12 from Best to Worst

Happy Birthday to Motley Crue Too Fast for...