written by RabbitHoleMusic December 9, 2021
Spread the love
Affiliate disclosure: As an Amazon Associate, we may earn commissions from qualifying purchases from Amazon.com in addition to other online retailers. This means if you click on the link and purchase the item, I will receive an affiliate commission at no extra cost to you. All opinions remain my own. You can learn more about our editorial policies here.

Who Is Olivia Rodrigo

For those of you that have not been on the internet or own a radio during 2021, Olivia Rodrigo is an up-and-coming singer with a style that’s all her own. She’s not afraid to experiment with new sounds, and she has no qualms about being honest in her lyrics. With just one studio album already under her belt, Olivia has shown the world that she can be both creative and successful. And now, Time Magazine has named her Entertainer of the Year for 2021!

Entertainer of the Year Selection

Time points out that at only 18 years old, she’s accomplished so much in such a short amount of time – from writing songs to performing on stage to designing clothes for other musicians. But it’s clear that this young talent isn’t stopping anytime soon: “I’m going places,” says Olivia. “I’m just getting started.”

The selection was conducted by a panel of experts, but never underestimate the power of your vote! Every year for this special issue, Time welcomes its readers to cast their votes for who they think should be named Entertainer of the Year . And this year, you chose Olivia Rodrigo.

Last years Entertainer of the Year by Time Magazine was the k-pop band BTS. Prior to that, Lizzo was the winner in 2019. Not a bad list of company to keep.

Love upcoming pop artists, check out our Holly Humberstone The Walls Are Way to Thin Review.

Olivia Rodrigo released her debut studio album, Sour, in 2021. It is is available now and the album features 11 songs that are all originals. Olivia’s signature guitar-driven sound is present on every song. The album features the runaway hits of 2021 “Good 4 U” and Drivers License”. 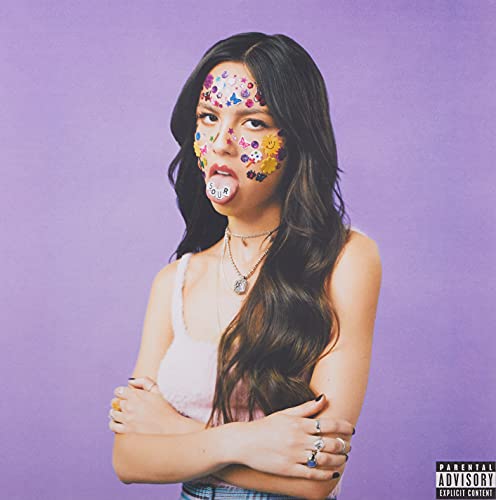 During the cover article, Rodrigo explains her influences, such as Lorde, Avril Lavigne and Paramore. I was pretty confident Paramore had a new song when I first started hearing the music on the track “Good 4 U”.

Olivia goes on to say in the article, “Young women are constantly compared to each other. I’m the ‘new this’ or ‘this woman meets that woman,’ and that can be reductive….I’m just Olivia. I’m doing my own thing. It’s meaningful when people recognize that.”

She has already won several accolades for the album Sour in 2021 including Peoples Choice Award Album of the Year, Apple Music Awards Album of the Year, along with being featured in the majority of year-end lists top album awards including #1 on the Billboard Top 50 Albums of 2021 Staff List.

5 Things to Know About Olivia Rodrigo Entertainer of the Year

-Olivia started singing at an early age. She grew up listening to artists like Beyonce, Rihanna, and Whitney Houston. And although she loved singing along to these chart-toppers, she always made sure to put her own spin on them.

-Is it any surprise that she was on stage at the age of 3? Olivia first realized her talent when she put on a show for her parents. She won’t be stopping anytime soon either! “I just love to sing,” she says. “I can do this all day.”

-Olivia believes that her song “Trust Issues” was the turning point in her career. She’s always been an artist who wants to celebrate self-love and body positivity, but she wasn’t sure how to get that message out there. It wasn’t until this song came along that she started seeing results: “I took a step back and realized that I was actually changing lives with my music. That’s when I knew I had to keep going.”

-Olivia is a triple threat. In addition to being an incredible singer, she can also play the guitar and the ukulele. She even wrote a song for the hit Disney Channel show Stuck in the Middle!

-Olivia’s debut album Sour was released in May of 2021. It hit number one on the Billboard charts, and she’s been touring ever since. You can catch her live in a city near you!

We hope you enjoyed getting to know Olivia Rodrigo – the Entertainer of the Year for 2021! Be sure to keep an eye out for her new music, coming soon.