Today we are taking a trip back to 1993 and dive into a classic Smashing Pumpkins Siamese Dream Album Review. Siamese Dream’s intricate and emotionally difficult structure stems from its reliance on raw honesty, the inability to smile, and the layering of one instrument over the other. After nearly three decades does this album still stand up? Let’s take a listen and find out.

The Smashing Pumpkins are an American alternative rock band from Chicago, Illinois. Formed in 1988 by frontman Billy Corgan, the band included James Iha and D’arcy Wretzky. By the time of their second album Siamese Dream, drummer Jimmy Chamberlin was added to the band’s lineup prior to recording their 1991 debut album Gish.

While the group had moderate success in the alternative rock world with Gish, their 1993 follow-up Siamese Dream became a breakout success. With singles such as “Cherub Rock” and “Today,” the band reached mainstream popularity with Siamese Dream selling over four million copies in America alone.

The band’s next two albums, Mellon Collie and the Infinite Sadness (1995) and Adore (1998), performed even better commercially, with the former selling over six million copies in America.

The Sound of Siamese Dream

The album features a more polished and radio-friendly sound than the band’s debut Gish (1991), with thick distortion and echo applied to most instruments. Siamese Dream was the band’s first album to enter the Billboard 200, peaking at number ten, and remains their highest-selling album with over four million copies sold in America.

To get that gritty, fuzz sound on the album, Billy would use a JCM800 with the master volume cranked and feed the ‘low gain input with his EH Big Muff pedal. The result was a huge wall of sound that would become the signature Smashing Pumpkins Siamese Dream sound.

Though the end result was simply a musical masterpiece, the recording process for Siamese Dream was fraught with emotional difficulties and interpersonal conflict.

Billy Cogan wanted to set the world on fire with the next great rock album, and he was willing to do whatever it took to make that happen. This added pressure to the band that already had several personal demons they were dealing with. Drummer Jimmy Chamberlin was dealing with a heroin addiction and bassist D’arcy Wretzky and guitarist James Iha was going through a breakup. Despite all of this turmoil, the band managed to pull together and create one of the most important albums of the 90s.

While the album is undoubtedly a work of art, it came at great cost to Cogan’s personal relationships and the band’s dynamic. In the years following the release of Siamese Dream, the Smashing Pumpkins would implode under the weight of their success.

The Songs of Siamese Dream are a perfect reflection of the emotional turmoil the band was going through while recording the album.

The album opener “Cherub Rock” is one of the heaviest songs on Siamese Dream. It was also the first single released from the album. The song starts with a slow, grinding riff that sets the tone for the rest of the album. The song is about the music industry and how Billy Corgan felt at the time. He was feeling pressure from the record label to make a hit album and he felt like he was being forced to sell out.

“Today” is one of the most popular tracks on Siamese Dream. The song is about depression and suicidal thoughts. It’s a very personal song for Billy Corgan, who has been open about his struggles with mental health. The dark lyrics colliding with an upbeat pop melody make for a powerful and moving song.

“Disarm” is another fan favorite from the album. The song is about the innocence of childhood and how it’s lost as we grow up. It’s a sad and nostalgic song that perfectly captures the feeling of looking back on childhood with longing and regret through Corgan’s voice.

Siamese Dream is a stunning achievement, not just for the Smashing Pumpkins, but for alternative rock in general. From the opening riff of “Cherub Rock” to the final notes of “Luna,” the album is a non-stop assault of catchy hooks, searing guitars, and Billy Corgan’s signature wailing vocals.

While the majority of the album is upbeat and energetic, there are a few moments of introspection and reflection, such as on “Spaceboy” and “Disarm.” These quieter moments provide a much-needed respite from the relentless onslaught of sound and give the listener a chance to catch their breath before being pulled back in.

Siamese Dream is an absolute classic and one of the defining albums of the 1990s. If you haven’t listened to it in awhile, or if you’ve never heard it at all, do yourself a favor and give it a spin. You won’t be disappointed.

Similar to the turmoil surrounding the recording of the album, the artwork for Siamese Dream was also fraught with difficulty. The original artwork was done by an outside artist. The record label and band wasn’t happy with this artwork and so had to improvise.

The record booklet was put together by Corgan and his bride the day after their wedding using old images of strangers and members of their family.

The final artwork, which features two young girls twins, was done by an artist named Melodie McDaniel. The artwork perfectly encapsulates the dream-like quality of the album. In later years, it was identified the girls on the album was Ali Laenger and Lysandra Roberts who later posed to recreate the cover.

The album artwork, like the album itself, is a beautiful and flawed work of art.

The original LP release was on Caroline Records and featured a printed inner sleeve with lyrics. The early presses were on orange marble vinyl and sound simply amazing. If you have a chance to grab a copy of this LP, do not hesitate. Full of dynamics and warmth, it is one of the best sounding albums from the 90s.

I no longer have the original CD for comparison but just like the vinyl release, the 2011 CD remaster would be my top pick if you are looking to pick up a copy of this album on CD. You can find it below or see our deals page here for the best prices. 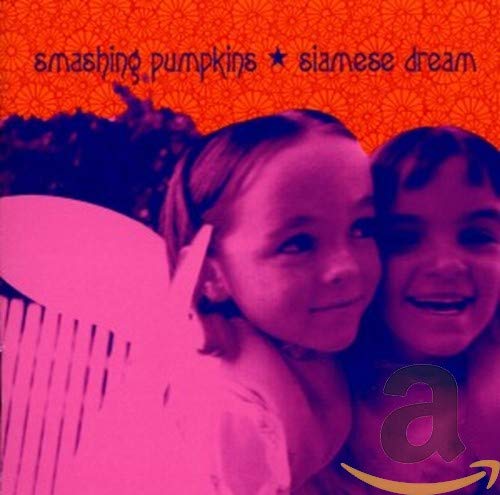 Smashing Pumpkins Siamese Dream is an absolutely essential album for any fan of alternative rock.

Siamese Dream is an all-time classic, and it's not only one of the greatest albums from the 1990s, but it's also one of the finest records ever. If you haven't heard it in a long time or if you've never heard it before, do yourself a favor and give it a listen. You won't be disappointed

Below are answers to some common questions about the album.

Is the Smashing Pumpkins Touring?

Yes, as of this writing, the Smashing Pumpkins are currently on tour in 2022. Check out their website for more information on their hard rock performance dates.

Yes, the 2011 reissue features a brand new remaster of the album. It sounds fantastic.

Do I Need to Buy the Smashing Pumpkins Siamese Dream Reissue?

No, the original 1993 release is still my top pick in regards to sound quality. However, if you are looking for a different take of the album, the 2011 reissue is the way to go.