written by RabbitHoleMusic December 8, 2021
Spread the love
Affiliate disclosure: As an Amazon Associate, we may earn commissions from qualifying purchases from Amazon.com in addition to other online retailers. This means if you click on the link and purchase the item, I will receive an affiliate commission at no extra cost to you. All opinions remain my own. You can learn more about our editorial policies here.

Cover songs are a great way to pay homage to your favorite artists, but only when they’re good. Here are some of the best covers that sound nothing like the original.

The cover songs on this list are all excellent examples of artists paying tribute to their influences. But what happens when the song is so good that it doesn’t sound anything like the original? That’s where we come in. The best cover songs are those that don’t just pay homage, but also stand on their own as something new and different.

These covers have been picked out because they’re not just a copy or imitation- they’ve got their own identity that makes them great, even if it sounds nothing like the original. So check these 10 covers out and see for yourself which ones you think deserve to be called “the best.” Enjoy!

Devo: (I Can’t Get No) Satisfaction original by Rolling Stones

With one of the most famous opening riffs in rock history, the Rolling Stones classic (I Can’t Get No) Satisfaction is instantly recognizable by most music lovers. So what happens if we decide to mix it up and change the melody, tempo guitar and basically everything about the song? We end up with the unique take on the song from Devo circa 1977.

In the beginning, Devo’s version was formed in jam sessions, with a guitar part from Bob Casale, an drum beat by Alan Myers, and a bass line from Gerald Casale. Initially, the band attempted to sing “Paint It Black,” but it did not work with the music; instead they sang “Satisfaction.”

Devo’s cover of this Rolling Stones song is not just a copy or imitation. The vocals are different for starters, the melody was also changed along with the mood of the song. In the end, we really only have the lyrics left to identify the classic Rolling Stones song. This cover of Satisfaction may sound nothing like the original but it’s still undeniably good. The video is also pretty fun! Enjoy the original video here or the SNL performance below.

Johnny Cash is one of the most prolific and well-known artists in the country. He is also one of the most influential musicians who was able to change music with his voice and style. 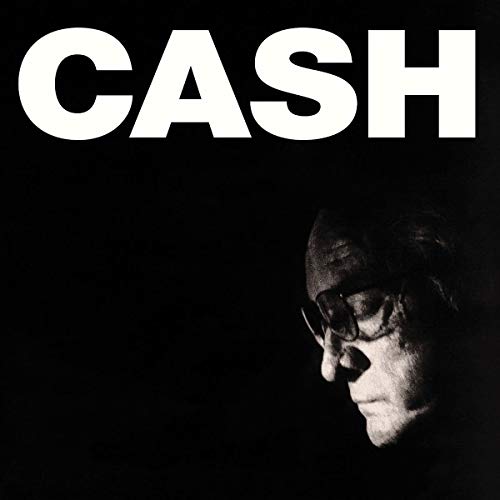 His cover of Hurt by Nine Inch Nails may sound nothing like the original but it may actually be better than the original. The video is also amazing and the song is one of our favorite covers of all-time.

Marilyn Manson – Sweet Dreams (Are Made of This) original by Eurythmics

If you ever see a trivia question about what does Marilyn Manson and Annie Lennox have in common you now know the answer, Sweet Dreams!

Sweet Dreams is one of the most recognizable tracks off of Eurythmics’ 1983 album “Sweet Dreams (Are Made of This)”. Originally released as a single, Marilyn Manson covered the song on his 2002 album “…And All That Could Have Been”. The song was not released as a single but peaked at number 13 on the Billboard Mainstream Rock chart.

Marilyn Manson’s version of the song features him singing along with Annie Lennox’s vocals played in the background. It has an electric guitar and drum machine beat that makes it sound like something out of a horror movie. Towards the end there is a noisy break down and Manson screaming “wake up!”

The listener knows this cover is different from the original because of the jarring change in tone and tempo. Manson’s version is a great example of how to take a song and make it your own, while still paying homage to the original. It’s dark, eerie, and definitely not something you would want to listen to before bed. But that’s what makes it so good!

Rage Against the Machine – Beautiful World original by Devo

Devo comes up on our list again but this time it is their song being covered in a unique way. Rage Against the Machine treats us to a totally different perspective and take on 1981 Devo song “Beautiful World”. 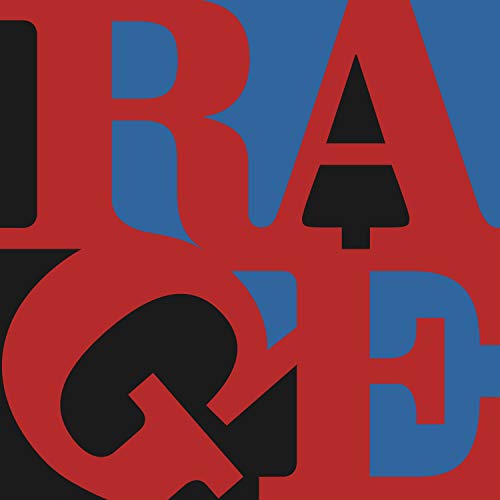 The cover song was released on the 2000 Rage Against the Machine album Renegades and is one of our favorite different sounding covers on the list. I can still remember the first time I heard it after picking up Renegades and thinking, I know this song but it took some time before I realized it was originally Devo.

The Rage version is stripped down and slower tempo removing the synths and driving drums of the original. Check out the version below.

Nevermore – Sound of Silence original by Simon and Garfunkel

Nevermore is a metal band that formed in Seattle, Washington in 1989. The sound is a darker, heavier Queensrÿche for lack of a better description. They gained local popularity with their self-titled EP released in 1991.

The band went on to release their first three albums with Metal Blade Records before signing to Century Media Records. The cover of the Simon and Garfunkel classic “Sound of Silence” can be found on the 2000 album Dead Heart in a Dead World.

Nevermore has come up on our list more than once and this time it’s for the cover of Simon and Garfunkel’s Sound of Silence. This cover is in a lower key than the original and starts off slow before giving us a heavy metal take on the track.

While Nevermore’s version of Sound of Silence is different than the original, it’s still a great song in its own right. It’s heavier, more aggressive, and definitely something that will get your adrenaline pumping. Check out the video below to see for yourself!

Talk about a Cover Songs That Sound Nothing Like The Original. Tori Amos’ cover of Eminem’s song ’97 Bonnie and Clyde’ is a great example of how to take a rap song and make it into your own. Amos slows the song down and makes it more soulful and emotional.

The lyrics are still dark but they take on a different meaning when sung by Amos. The cover was released as a single in 2001 from her album Strange Little Girl.

In the original, the singer recounts how he murdered his wife, while assuring their young daughter that her mother is merely sleeping away. For her own recording, Amos takes the viewpoint of the deceased mother’s ghost, who tries to keep her daughter safe from her murderous father as they travel on their awful journey.

Check out Amos’ cover below and make sure to check out her 2021 album Ocean to ocean.

Chris Cornell, one of the best voices in rock, has long been admired for his many talents. He also had a knack for covering his favorite songs. One of his best covers is Billie Jean by Michael Jackson that was released on 2007’s Chris Cornell album Carry On. 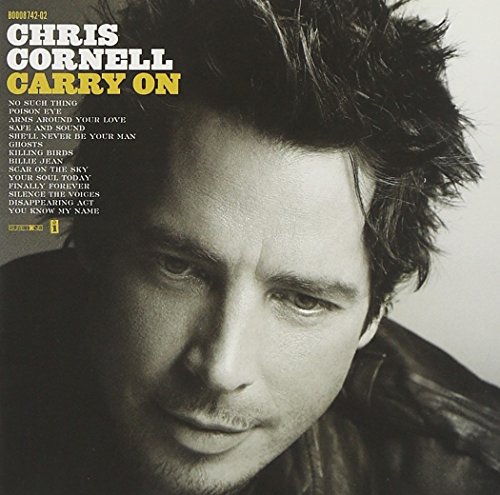 The song begins with an acoustic guitar intro that give way to some power chords before turning into an electric guitar solo at the end. It’s got all the earmarks of a good rock song and would not be out of place on any of Cornell’s other albums. The cover is worth checking out if you like this type of music.

We actually had a few White Stripes covers that we considered for our list. In the end, we love what Jack and Meg did with Jolene but the White Stripes cover of Dusty Springfield song “I Just Don’t Know What To Do With Myself” is pretty amazing as well. 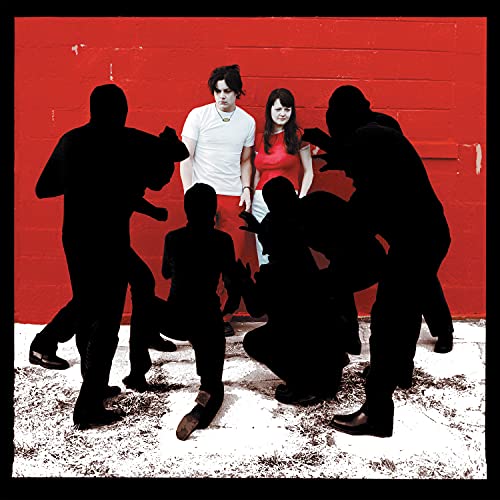 Right from the start, we get a bluesy vibe and a different tempo than the original recording.

The video below shows the song being played live @ Glastobury in 2002 and I think you’ll agree that it sounds great live too!

Mr Cornell shows up again on our list of Cover Songs That Sound Nothing Like The Original but this time with a touching tribute cover of his bands Soundgarden Black Hole Sun.

Norah Jones has an acoustic pop style and her rendition of Soundgarden’s Black Hole Sun is no different. Of course she brings her own style to the song but overall it stays true to the original.

She does take some liberties with the song, adding harmonies in places that weren’t there before for example.

It’s an enjoyable cover that captures both the darkness and lightness of the song in one package. Below is a live video from her show in Detroit.

Florence and the Machine: Stand By Me original by Ben E. King

The song “Stand by Me” was originally written by Ben E. King and became popular again during the movie Stand by Me in the ’80s.

The song has been covered by many different artists over the years, but our favorite has to be Florence and the Machine’s version. The song was recorded for the Final Fantasy video game and is a beautiful, haunting rendition of the song.

Florence’s voice is powerful and emotional, and the orchestral backing gives the song a feeling of weight and importance. If you’re not familiar with Florence and the Machine, we suggest you check them out! Their music is truly amazing.

There are many other cover songs that sound nothing like the original. We hope you enjoyed our selection of some of the best covers out there! If you want to share your favorite cover song, let us know in the comments below.

Looking to protect your music collection? Read out about our Vinyl Record Storage Cabinet Solutions.