The Best White Stripes Albums Ranked in Order of Greatness

The garage rock duo from Detroit, Michigan only released six studio albums in their short time together, but each one is packed with classics. From the ever catchy bassline (which is not a bassline) of Seven Nation Army heard at every sporting event for the past decade, to the heart-wrenching ballad of I’m Lonely (But I Ain’t That Lonely Yet), The White Stripes have had a profound impact on the world of music. Here we will take a look at the best White Stripes albums ranked from worst to best.

About the White Stripes

The White Stripes were a garage rock band from Detroit, Michigan. The band was formed in 1997 by Jack White and Meg White. The band released six studio albums, one live album, two compilation albums, one extended play (EP), and fifteen singles.

Starting with their self-titled debut album in 1999, followed by De Stijl in 2000 and White Blood Cells in 2001 which brought them mainstream success, The White Stripes cemented themselves as one of the most important rock bands of the early 2000s. 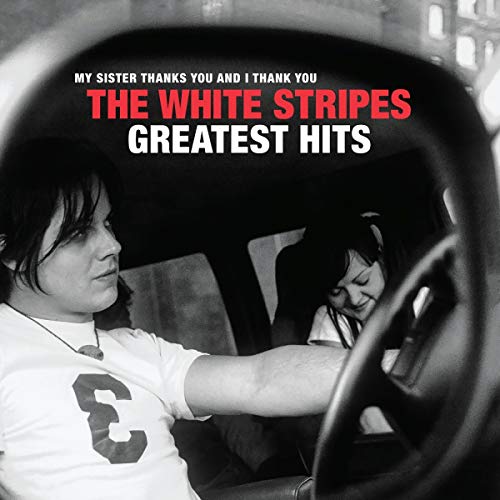 Featuring catchy hooks that helped bring back a garage rock, blues infused sound to popular music, The White Stripes are remembered as one of the greats in regards to both music and drama (remember the whole wife, sister brother fiasco?).

Jack White continues to produce and make music via his Nashville based Third Man Records, most recently with the first part of the two album 2022 release Fear of the Dawn. Meg, meanwhile has been away from the music scene altogether, preferring to live a quieter life out of the spotlight.

Complete information on the band can be found on the White Stripes official website here.

Below is a list of the best White Stripes albums ranked from worst to best. Each of the six studio albums from The White Stripes discography are strong in their own rights, but these are the cream of the crop. 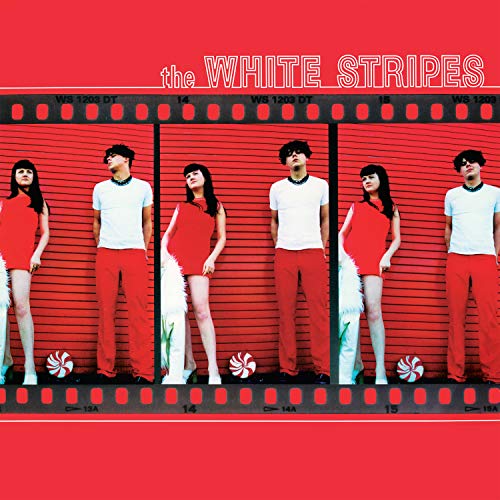 The album’s cover art, which features a collage of the two members was our first introduction to the band. The photography was done by Ko Melina Zydeko and Heather White. The album did not have any singles released but was well received by critics and was certified gold in the UK.

Featuring blues infused rock on tracks like “Sugar Never Tasted So Good” and “Broken Bricks” we can hear what the band has in store for us on future releases. The album also features the Robert Johnson song “Stop Breaking Down” which would become a staple in the band’s live shows. 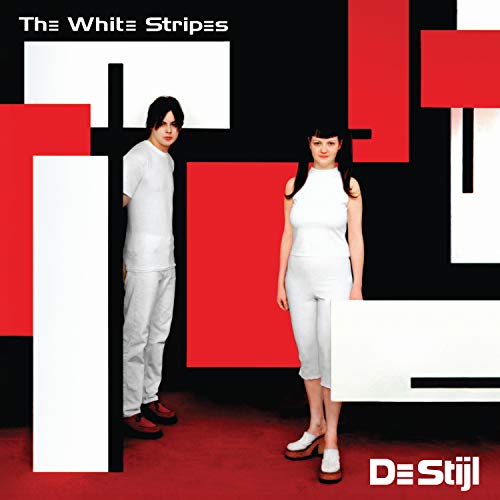 The White Stripes’ follow up record, “De Stijl,” is next on our list. The White Stripes released De Stijl on June 20, 2000. The album name is Dutch meaning ‘The Style’ and is a reference to the Dutch art movement that focused on simple geometric shapes and primary colors.

The album was again recorded at Third Man studios in Detroit. The album was released on Sympathy for the Record Industry. Here we start to see the duo become more refined and focused in their songwriting. The tracks are shorter and more to the point.

With De Stijl featuring strong tracks including now classics like “Apple Blossom”, “Hello Operator” and “Why Can’t You Be Nicer to Me?” the album was very well received by critics. De Stijl was certified gold in the UK and the band started to gain traction in the US with the album reaching 38 on the Billboard chart. 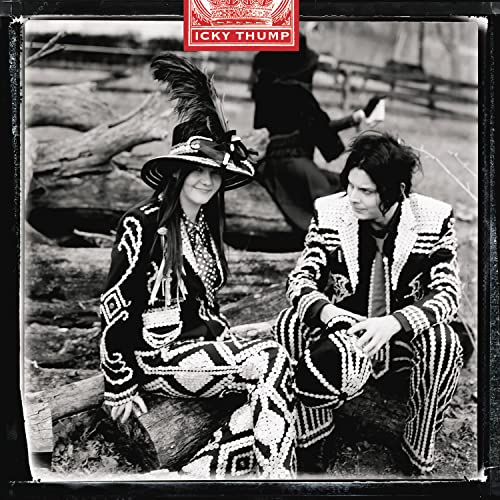 The White Stripes’ sixth and final studio album, “Icky Thump,” was released on June 15, 2007. The album was recorded in Nashville and Los Angeles and was produced by Jack White.

The first single from the album, “Icky Thump,” was released on May 21, 2007. The song is a return to the band’s earlier sound with a heavy riff and Meg’s simple but effective drumming. The song also features some interesting lyrics about illegal immigration.

The album debuted at number two on the Billboard 200 and received positive reviews from critics. The album was also nominated for three Grammy Awards, winning Best Alternative Music Album. The album continued to show the growth of Jack White when producing quality sounding White Stripes vinyl. 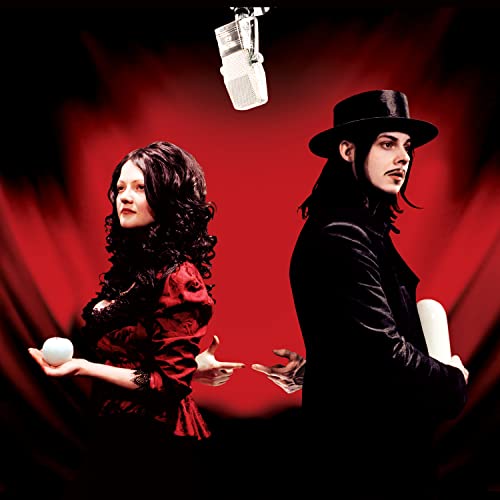 Get Behind Me Satan

Get Behind Me Satan was the White Stripes’ fifth studio album, and it was a radical departure from their previous sound. Jack White wrote most of the songs on acoustic guitar instead of electric, and there are a lot of weird time signatures and key changes. It’s definitely their most experimental album.

The title of the album is a a well-known remark from the tale of the ‘Temptation of Jesus’ that is later repeated against his follower Simon Peter, thus the album’s title. With the different sound, the band moved labels and it was released on the XL record label. As with the previous albums, it was recorded at Third Man in Detroit.

The first track on ‘Get Behind Me Satan’, “Blue Orchid,” is a great example of the new direction the band was heading in. It’s a catchy, up-tempo song with a lot of energy, but it’s also got a weird, off-kilter feel to it.

The Get Behind Me Satan album was a commercial success, debuting at number three on the Billboard 200, and it received generally positive reviews from critics. It was one of the most critically acclaimed albums from the band at the time but had mixed reactions from long time fans. Oddly enough, for years, ‘Get Behind Me Satan’ was the only White Stripes album not to have a vinyl release leaving many audiophiles paying high prices when it was first released in vinyl format. 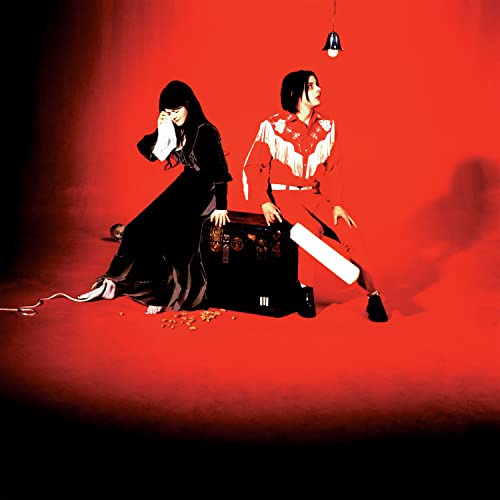 The White Stripes’ fourth studio album, “Elephant,” was released on April 1, 2003. The album was recorded in a mere two weeks at Toe Rag Studios in London. The album was produced by Jack White and engineered by Liam Watson.

The album’s first single, “Seven Nation Army,” was released on March 31, 2003. The song became the band’s breakthrough hit, reaching number one in Australia, Canada, Denmark, Finland, Ireland, New Zealand, Norway, and the United Kingdom. In the United States, the song peaked at number seven on the Billboard Hot 100. Elephant features other classic tracks such as “Black Math”, “The Hardest Button to Button” and “In the Cold, Cold Night” with Meg taking over the vocals.

Love vinyl, so do we, Pixies Doolittle Vinyl Shootout

Elephant also features one of our favorite White Stipes collaborations on the track “It’s True That We Love One Another” with Holly Golightly.

Elephant received positive reviews from critics and was a commercial success. It debuted at number six on the Billboard 200 and was later certified platinum in the United States. The album was also nominated for five Grammy Awards, winning Best Alternative Music Album. 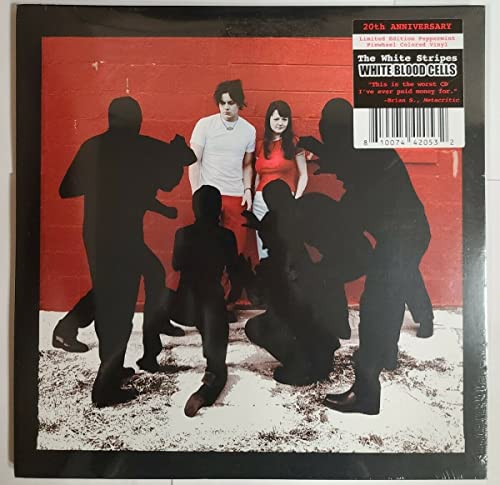 Topping our list of White Stripes albums ranked is The White Stripes’ third studio album, “White Blood Cells,” was released on July 3, 2001. The album was recorded at Easley-McCain Recording in Memphis, Tennessee. The album was produced by Jack White and engineered by Liam Watson.

Everything about the album, from the songs to the cover art make it the best White Stripes album.

The cover art for White Blood Cells depicts a group of people wielding TV and video cameras attacking and enrapturing the two protagonists. In the photos, the music industry and its marketing are mocked.

The album features a more stripped-down guitar and drums garage rock feel compared to the previous blues based rock heard on the prior albums.

The first single from the album, “Fell in Love with a Girl,” was released on June 11, 2001. The song features a simple guitar riff that is played at a fast tempo. The song became the band’s breakthrough hit, reaching number one in Australia, Canada, Denmark, Finland, Ireland, New Zealand, Norway, and the United Kingdom. In the United States, the song peaked at number 28 on the Billboard Hot 100.

While the White Stripes only released six albums, they have left a lasting impression on the music world. Their raw, garage rock sound was a breath of fresh air in the late 90s and early 2000s. The band has influence many artists that have come after them.

What is your favorite White Stripes album? Let us know in the comments!

What is the White Stripes best album?

In our opinion, ‘White Blood Cells’ is the best White Stripes album. It is a raw and stripped down album that features some of the band’s best songs such as “Hotel Yorba”, “Fell in Love with a Girl,” and “Dead Leaves and the Dirty Ground.”

Are the White Stripes any good?

What Is the Best White Stripes Cover Song?

What Is the Best Song by The White Stripes?

The White Stripes have so many great songs it’s hard to choose just one. But if we had to narrow it down, we would say “Ball and Biscuit”. If you ever doubted the guitar licks of White, this song will change your mind.

The White Stripes released six studio albums, one live album, two compilation albums, one extended play (EP), and fifteen singles. In this article, we look at the best White Stripes albums ranked from worst to best.

Should I Collect White Stripes Vinyl or CD?

The White Stripes are a band that is perfect for either format. Jack White is a well-known audiophile, and the band made sure their albums sounded great on vinyl. If you want to hear the album the way it was meant to be heard, we recommend picking up a copy on vinyl. If you’re looking for something more portable, the CDs are also great. We offer a daily vinyl deals page that regularly has the best prices for White Stripes vinyl.

How to Ground Your Turntable – Complete Guide