To commemorate the 30th anniversary of Tori Amos’ trailblazing debut album Little Earthquakes, Z2 Comics has created Little Earthquakes: The Graphic Album. Continue reading to find out about the release along with the different editions that will be available.

Comic Book Tattoo, a compilation of 51 short tales based on her songs, was released in 2008, and this collection comprises 24 stories based on the 12 songs from Little Earthquakes and the 12 b-sides related with the album and its singles. “I can assure you that many of these songs are closely who is putting it together. It’s been a long time since I’ve worked with Tori on a comic, and it’s wonderful to be able to do it again.” states Rantz Hosley. 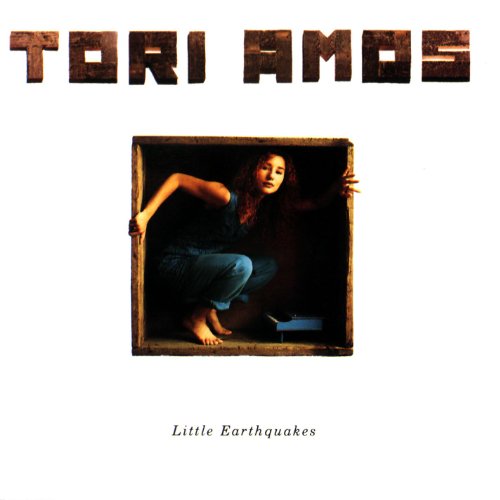 There are three versions of the graphic album up for pre-order. First up is the 8 x 8 hardback book (pre-order from Tori’s store), a Deluxe Version that includes a 12 x 12 book, along with the Little Earthquakes vinyl LP and a Picture Disc of the B-Sides (pre-order from z2).

Finally there is a Platinum Edition limited to 500 copies that is autographed by Tori, also available for pre-order from z2.

Singer-songwriter and pianist Tori Amos was born named Myra Ellen Amos. She was born on the 22nd of August in 1963. Mezzo-soprano voice and classical music background. It is a record that Amos was inducted into the Peabody Institute at Johns Hopkins University at the tender age of five.

In the 1980s, Amos was the front woman of the synth-pop band Y Kant Tori Read before going solo and releasing the albums Little Earthquakes and Under the Pink. All of these themes are significant in her work: feminism; politics; religion. To celebrate the 30th anniversary of Little Earthquakes and the release of her new album, Ocean to Ocean, Tori Amos is currently on tour.

“Silent All These Years,” “China,” “Winter,” and “Crucify” are among the singles from Tori Amos’ debut solo album, Little Earthquakes. Amos and her then-boyfriend Eric Rosse began working on a new version of the record after Atlantic Records rejected the first. Originally released on January 6, 1992, the album reached at number 14 on the UK charts.

Fans and critics alike found it to be a success. The album made it into the top 60 on the Billboard 200 in the United States. According to Colin Larkin’s All-Time Top 1000 Albums 3rd Edition (2000) and Rolling Stone’s 500 greatest albums of all time, it was ranked number 73 and number 233, respectively.