Photo Credit: Desmond Murray
Affiliate disclosure: As an Amazon Associate, we may earn commissions from qualifying purchases from Amazon.com in addition to other online retailers. This means if you click on the link and purchase the item, I will receive an affiliate commission at no extra cost to you. All opinions remain my own. You can learn more about our editorial policies here.
Spread the love

Recently Tori Amos’ shared with us a new video off her recently released album Ocean to Ocean. The video is for the single “Spies” from the album and the video is an animated lyric video. The lush pop production of “Spies” tells an endearing account of the bats and other things that go bump in the night that entered the Cornish house terrorizing her daughter. The illustrations in the video are done by Helen Ward and accompany the music perfectly.

I have been listening to Tori Amos Ocean to Ocean album over the last few weeks and will do a short review soon. While streaming the album, I have been shocked by how much I have enjoyed the album. I always loved the earlier albums from Tori Amos (Little Earthquakes (1992) Under the Pink (1994) Boys for Pele (1996)). After the initial albums, I have not followed her closely or felt a personal bond to a lot of her albums since (there are few exceptions of later albums I enjoy and still take for a spin from time to time). 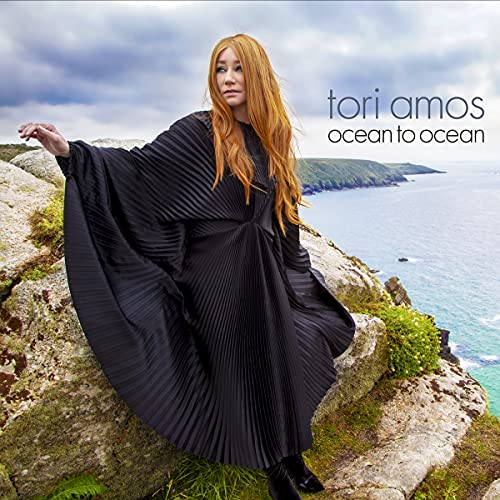 On Ocean to Ocean, it seems like Tori has gotten back to the roots of her earlier song writing. The album is personal and emotional as she shares her struggles in her personal life and the pandemic (Tori loss both her Mother and best friend in 2019 before the pandemic). The album represents going to rock bottom and picking yourself back up and renewing yourself. From her press release for the album it states She descended to an emotional state lower than she had been to for a long time – but the depths became creative, forcing a return to the kind of introspection she recognized from her debut album Little Earthquakes.

You can get the full Tori Amos Ocean to Ocean album on CD here. Due to the vinyl shortage we have to wait until January 28, 2022 for the LP but it will definitely be worth the wait. You can pre-order the vinyl here.

Happy Birthday to Motley Crue Too Fast for...

No comments to show.