Sit back and relax as we take a look back at the forth album from Twenty One Pilots in our Twenty One Pilots Blurryface Album Review. We will dive into the history of this diverse two piece group along with revisiting the songs and music from the album. In our review we talk about the impact that this album had on their career and how it was received by critics and fans alike.

About Twenty One Pilots

Twenty One Pilots is a two-piece group from Columbus, Ohio that has become one of the most popular bands in recent years thanks to their unique blend of genres including rap, hip hop, rock, and indie pop. The group is made up of vocalist Tyler Joseph and drummer Josh Dun, who both play a variety of instruments on their albums. 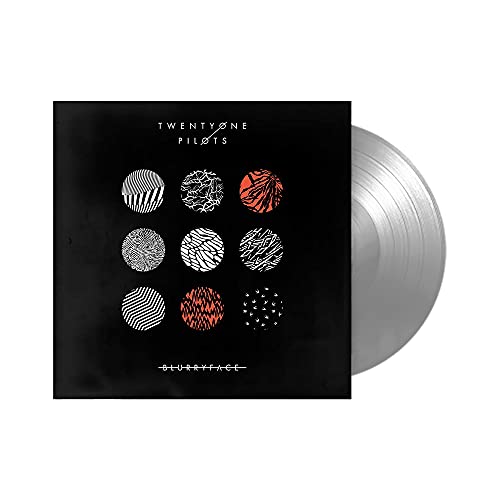 The name Twenty One Pilots comes from a play by Arthur Miller called All My Sons. In the play, a character discovers some of the parts he’s working on for planes to be used in the war is defective. As a result, the name Twenty One Pilots holds a special meaning to Tyler and Josh as it symbolizes their dedication to their fans and the music they create.

Blurryface is the fourth studio album released by Twenty One Pilots in 2015 on the Fueled by Ramen label. The album was quickly met with critical acclaim due to the success of the second single “Stressed Out”. The album debuted at number one on the Billboard 200 in the United States, making it the first album by the group to do so.

The album Blurryface by Twenty One Pilots is one of the most diverse and enjoyable albums you will hear. It mixes together elements from a number of different musical genres, including rap, rock, and pop to create a truly unique sound. Each song on the album is catchy and well-written, and the overall production quality is excellent.

The album features a total of fourteen tracks, with a run-time of just under an hour. The majority of the songs on the album are uptempo and feature heavy beats and catchy hooks. There are also a few slower, more reflective tracks included as well.

Some of the standout tracks on the album include “Stressed Out”, “Ride”, and “Tear in My Heart”.

“Heavydirtysoul,” a piano-driven song that shows the band’s rap/pop prowess, is the first tune on the album. “This is not rap, this is not hip-hop / just another attempt to make the voices quiet / can You save my heavy dirty soul?” are the words that set the setting for the drama to come.

Stay on top of all the upcoming album releases, with our weekly New Music Album Release Spotlight

“Stressed Out” is a perfect example of the unique sound that Twenty One Pilots is able to create. The song features a rap verse from Tyler Joseph over a rock-influenced instrumental. The result is an incredibly catchy and enjoyable track.

“Ride” is another standout track that showcases the group’s pop sensibilities. The song features a catchy chorus and a great vocal performance from Tyler Joseph.

“Tear in My Heart” is a slower, more reflective track that allows Tyler Joseph to showcase his powerful vocal abilities. The song is about the pain of losing a loved one, and it is sure to tug at your heartstrings.

The album does not have any filler songs or bad songs that are so common on a lot of newer albums. Out of the 11 tracks, 6 of the songs were released as singles.

One of the best songs on Blurryface and first single “Fairly Local” was released on March 17, 2015, with the album following on May 19, 2015. “Fairly Local” leads into what we can expect from this album, with a blend of rap, rock and pop.

If I had to choose the weakest song, it would be “Hometown”. It features many elements which are drawn out and were better employed on other tracks. While it has an exuberant and catchy chorus, it also has a somber and depressing one.

Overall, the Twenty One Pilots Blurryface Album is an absolute must-listen for fans of any genre of music. It’s well-produced, with a diverse set of songs that offer repeat listening value. With its blend of rap, rock, and pop elements, this is an album you’ll want to listen to over and over again. If you’re looking for your next favorite album, look no further than Blurryface by Twenty One Pilots.

The album was met with critical acclaim upon its release, with many critic reviews praising the group’s unique sound and songwriting ability.

Fans also loved the album, with it debuting at number one on the Billboard 200 charts. It became the first album by a duo to do so in over a decade.

Commercially, it was the bands most successful album at the time. At the end of 2015, the album had sold over 1.5 million copies in the United States alone and has been certified double platinum by the RIAA. By 2018, it became the first album to ever have every song on an album certified gold by the RIAA.

If you’re looking for an album that is truly unique and enjoyable, look no further than Blurryface by Twenty One Pilots.

The album Blurryface was a massive success for Twenty One Pilots, selling over 5 million copies worldwide. The album was also nominated for a Grammy Award for Best Pop Vocal Album.

The album has had a lasting impact on the group’s career, solidifying their status as one of the biggest pop acts in the world. It has also inspired many other artists to experiment with different genres and sounds, helping pave the way for a new generation of music fans.

If you’re looking for an album that is truly groundbreaking and innovative, look no further than Blurryface by Twenty One Pilots. Whether you’re a fan of rap, rock, or pop – this album has something for everyone. It’s an instant classic that you’ll be sure to enjoy for many years to come.

The album is available on digital, CD and vinyl. The LP I have is by no means a triple A release but is flat and quiet pressing.

As of this writing, you can pickup Blurryface on Silver vinyl as part of the 25th anniversary for the Fueled by Ramen label:

Wrapping Up Our Twenty One Pilots Blurryface Album Review

Thanks for reading our Twenty One Pilots Blurryface album review. Let us know what you think of this classic album in the comments below.

Blurryface by Twenty One Pilots is a must-have for all music fans. It's a surefire hit with any genre of music, and it'll be one of your favorite albums in your collection. No filler songs and great listenability that never gets old.

Below are some common questions answered around Blurryface.

Who and What Is Blurryface?

This is Tyler Joseph’s alter-ego, Blurryface. A character like Blurryface represents insecurity, and the more you learn about that insecurity and about that persona, the more power you’ll have over such things in your mind war.