Thirty years ago, the grunge rock band Alice in Chains released the album Dirt. The album was a huge success and is still considered one of the best grunge albums of all time. It’s hard to overestimate the impact of Dirt on the grunge scene, as it paved the way for many bands that followed in its footsteps. Today, we’re taking a look back at the Alice in Chains Dirt album and giving you a review. Are you a fan of grunge? Then you’ll definitely want to read on!

Background of Alice in Chains

Alice in Chains is a Seattle-based rock band that rose to fame in the early 1990s as part of the grunge movement. The band is composed of singer/guitarist/backing vocals Jerry Cantrell, singer/guitarist Layne Staley, bassist Mike Inez, and drummer Sean Kinney.

Hitting the scene around the same time as other bands such as Soundgarden, Stone Temple Pilots, and Smashing Pumpkins, Alice in Chains became one of the most successful grunge bands of all time with the likes of Pearl Jam and Nirvana. The band’s debut lp album, Facelift, was released in 1990 and featured the hit single “Man in the Box.” 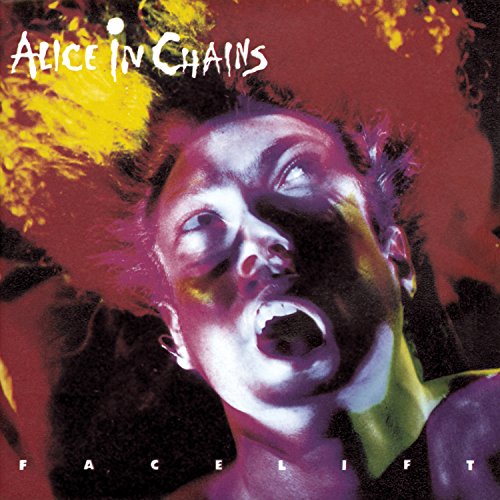 The Alice in Chains classic debut was followed up with the release of Dirt (1992), an even more successful album that showcased the band’s dark lyrical themes and heavier musical approach. The singles “Would?” and “Rooster” became two of the band’s most signature songs.

After a series of lineup changes, Alice in Chains released its self-titled album in 1995. Despite receiving mixed reviews, the album debuted at #1 on the Billboard charts and went on to be certified quadruple platinum. Since then, Alice in Chains has continued to be a hugely successful band, touring extensively and releasing multiple albums over the past two decades. The band remains hugely popular to this day, thanks to its unique blend of blues, heavy metal and alternative rock.

Thirty years after its release, the Dirt Album by Alice in Chains remains one of the band’s most acclaimed albums. It’s a dark, grunge-influenced album that still sounds fresh and innovative today. The lyrics are dark and suit the present day perfectly. If you’re a fan of Alice in Chains, be sure to check out their Dirt Album review!

Alice in Chains Dirt is often lauded as one of the best albums of the early 90s. It is a dark and heavy record, with themes of addiction, abuse, and despair. The album’s sound is defined by Layne Staley’s guttural vocals and Jerry Cantrell’s distorted guitar riffs.

The album’s production values are top-notch, resulting in a polished yet raw sound that perfectly capture the band’s dark lyrical vision. While Alice in Chains Dirt is undoubtedly a classic album, it is also notable for its originality. The songs tackled big questions about life and death, offering a unique perspective on the human condition. The songs are heavy but with a melodic edge and nearly every song is great and the album as a whole does not have a filler track.

The cover art for dirt is now iconic and features a woman half buried in the dirt with the band’s name and album title scrawled across her back. The artwork perfectly captures the dark and foreboding atmosphere of the album. 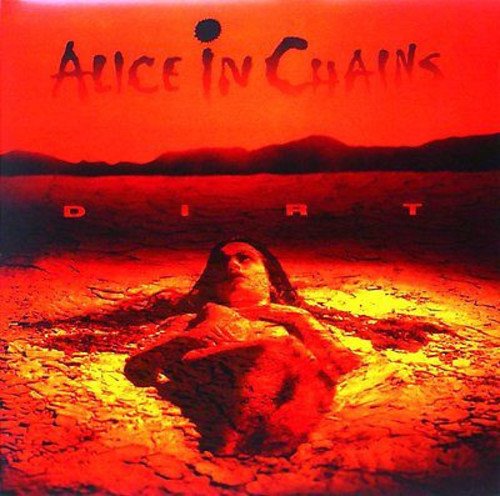 The woman buried in the dirt on the cover is Mariah O’Brien. You may know here from another album cover, Spinal Tap’s single “Bitch School.”

If you’re a fan of Alice in Chains, then you need to check out the new album – Dirt Album. This iconic rock band has never sounded so good and this album is a must-have for anyone who loves their music gritty and raw.

The production on Dirt Album captures the signature sound of Alice in chains perfectly, making it an excellent listen for fans of the group. The album was produced by Dave Jerden and recorded in multiple studios in California and Seattle. The sound is massive, with huge guitars and Layne Staley’s dynamic vocals taking center stage.

Both the original CD and vinyl have excellent dynamics and captures the sound of the band perfectly. The album is being released as Dirt Redux by Magnetic Eye Records for its 30th anniversary. It features a variety of the best and brightest underground acts covering songs from the Dirt album adding their own unique twists on the tracks. 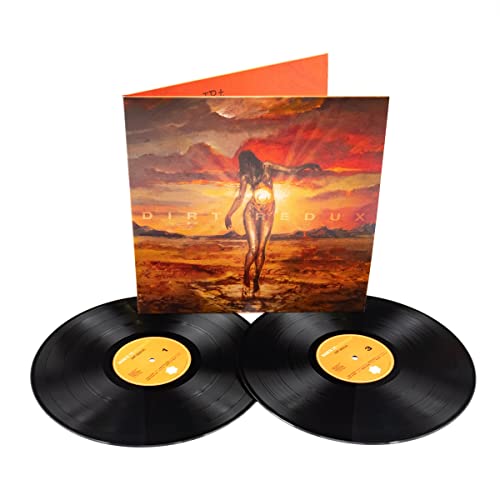 Looking to improve the sound of your vinyl, checkout these low cost phono preamps

It’s an excellent album from start to finish, and a must-have for fans of Alice in Chains. If you’re looking for a classic rock album with a modern twist, then look no further than Dirt Album!

There are several great pressings available and many of them are quite affordable. The two keeper copies in my collection is the original European release (472330) and the 2009 MOV vinyl release (MOVLP037). Both are great sounding pressings. The original features a bit of mid low end boost and the later Music on Vinyl (MOV) has a boosted low end when comparing them to the original CD release.

For me, I prefer the original release without as much low end boost of the MOV. I found the extra low end on the MOV release is exciting but at the same time blankets the mid range a bit too much for my taste. That being said, both are great sounding pressings and if you can find them at a good price they’re worth picking up.

If you want the best sounding version of Alice in Chains – Dirt, your best bet is to seek out an original European pressing from way back in 1992. Unfortunately, these have increased in price and are often hard to find the the secondary market. If you can find either the original or MOV within your budget, they are well worth the price. The sound quality is superb, with excellent dynamics and a warm, full-bodied sound. If you’re a fan of Alice in Chains, then this is the album to get!

As for the CD, it is a great sounding CD but loses some of the dynamics and low end that is present on the vinyl. If you’re a fan of the band, I would recommend picking up the CD for completeness sake but if you’re just starting out, then go with one of the vinyl pressings. 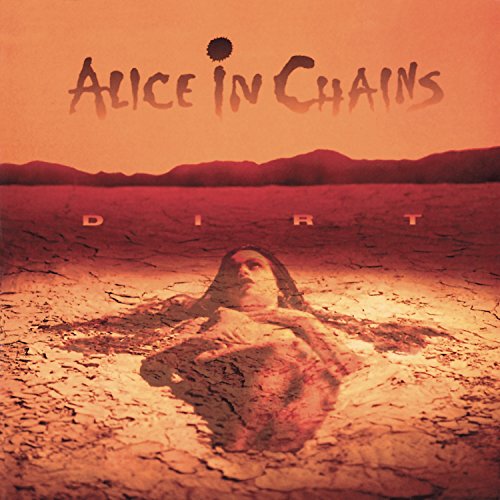 Alice in Chains’ debut album, “Dirt,” is a landmark release that still sounds as fresh today as it did when it was first released in 1992. The lyrics are dark and introspective, capturing the trials and tribulations of life – from love to addiction to pain. The music is raw and powerful – perfect for headbanging to!

Buried in vinyl, see our picks for the best vinyl storage cabinet solutions to help you get organized.

The opening track of the album, “Them Bones” kicks things off with a bang, setting the tone for the rest of the album. The song is about death, and the lyrics are both dark and poetic. “Them Bones” is followed by the equally excellent “Dam That River”, which deals with addiction and recovery.

Standout track include the first single and album closer, “Would”. The song first appeared on the 1992 Singles soundtrack and is one of the band’s best-known tracks. The song deals with Layne Staley’s heroin addiction, and the lyrics are both harrowing and beautiful.

Another standout track is “Rooster”, which was co-written by Jerry Cantrell and his father. The song is about Vietnam War veteran PTSD, and Cantrell’s father served in the conflict. The song is both moving and angry, with Cantrell’s searing guitar work taking center stage. It was a huge radio hit and the lead vocals from Layne are some of his best.

The title track, “Dirt”, features a hypnotizing guitar riff and some of the album’s most dark and disturbed lyrics. The song is about drug addiction and self-destruction, and it is one of the band’s best tracks.

“Dirt” is an essential album for any fan of Alice in Chains or grunge music in general. The album is a dark and brooding masterpiece that still sounds

Alice in Chains’ “Dirt” is a timeless classic that still sounds as fresh and relevant today as it did when it was first released. If you’re a fan of the band, or just a fan of great rock music, then this album is a must-have!

The singles “Would?”, “Them Bones”, “Angry Chair”, and “Rooster” were all top 30 singles for the band. Although the singles did not achieve the same commercial success as Nirvana’s “Smells Like Teen Spirit”, Alice in Chains Dirt was nonetheless a critical and commercial success. It was a heavier, less Pixies influenced sound that would come to characterize the band’s later work.

The album has been ranked on various publications’ lists of the greatest albums of all time, including Rolling Stone’s 500 Greatest Albums of All Time, where it placed at number 304. In 1992, it was “Kerrang! Critic’s Choice Album of the Year” and continues to be considered a flat out masterpiece by many critics in the music industry.

Thirty years after the release of their Dirt album, Alice in Chains still hold a place in the hearts of music fans the world over. This seminal album has been praised for its raw, unbridled sound and is still enjoyed by music lovers today. As the band prepares to celebrate their 30th anniversary this year, we take a look back at the album and review its legacy. Do you have any thoughts about the Dirt album? Share them in the comments down below!

"Dirt" is an essential album for any fan of Alice in Chains or grunge music. It is a dark and heavy record, with some of the best songs the band has ever written. If you're looking for a classic rock album with a modern twist, then look no further than Dirt!

What makes this album unique compared to other Alice in Chains albums?

There are a few things that make Dirt unique. Firstly, the band’s sound had matured and evolved significantly since their last album. Secondly, the lyrics are much darker and introspective than on previous releases. And finally, the production value is excellent – making it a must-listen for any fan of Alice in Chains.

Do you think that the music still holds up even after all these years?

The album was released in 1988 and still sounds as fresh today. It has been praised for its raw, unbridled sound.

How did the album Dirt help to shape the grunge movement?

The album was a turning point in the grunge movement and its sound has fundamentally shaped the sound of rock music.

The Different Types of Bluegrass Music You Should Know